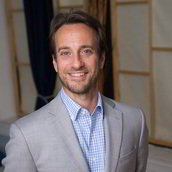 Dr. Scott Weiss is a licensed physical therapist and board-certified athletic trainer in the state of New York. He is also a registered exercise physiologist, strength and conditioning specialist and human performance coach with over thirty years of experience. Scott possesses both a bachelor’s and master’s degree in exercise physiology and a doctorate in physical therapy and medical qigong.

His affiliations and certifications with all the major certifying bodies domestically and internationally like the United States Olympic Committee (USOC), the American College of Sports Medicine (ACSM), National Strength and Conditioning Association (NSCA), National Athletic Trainers Association (NATA), International Federation of Sports Medicine (FIMS), American Physical Therapy Association (APTA), American Society of Exercise Physiologist (ASEP), allows him to be a consultant to collegiate, professional and Olympic athletes as well as trainer for many “A” list celebrities.

Scott has been a martial arts practitioner his entire life and was introduced to the world of high-performance athletics at a very young age. Acquiring two black belts, one in Tang Soo Do and another in Aiki Jiu-Jitsu allowed him the ability to compete successfully at a very high level. Dr. Weiss unfortunately lost at the national trials, missing his chance to represent Team USA at the 1988 Olympiad in Seoul, Korea for Tae Kwon Do but vowed a promise to himself. If he could not win a gold medal, he would make it a point in life to help other athletes achieve that goal. It is safe to say, after being on the USA Sports Medicine Team for over 20 years, attending 3 Olympic Games, 2 Pan Am Games and over 30 world cup events, he has helped numerous athletes in so many sports reach the pinnacle of their sporting careers!

Dr. Weiss is a seasoned veteran of both enhancing sports performance and providing physical therapy care. His experiences are extremely well rounded as he has been working and helping heal so many people from different walks of life. His clinical experience over the years fostered his ideas into research and business so far in that he has been published in peer reviewed medical journals, magazines and has been seen on TV numerous times while also starting his own company, Fifth Avenue. As an author and lecturer, Dr. Weiss has written a myriad of articles, a book (www.confusingtheenemy.com) and has lectured all over the country. He has been seen and heard on NBC, CBS, Sirius Satellite, & Ted Sports just to name a few.

Scott is presently the owner and COO of Fifth Avenue for Human Performance & Sports Physical Therapy, PC. He has 3 offices in New York City, two in Queens, N.Y. and a satellite facility in Southampton, NY. A physical therapy or fitness session at Fifth Avenue is guaranteed to be unique and effective each time. Scott and his staff combine yoga, tai chi, sports, dance, physical therapy and strength training into many of the workouts. They emphasize patient education which enables the patient or athlete to truly understand the healing process while improving their overall health. Fifth Avenue specializes in the multidisciplinary approach to rehabilitation. This is clearly what stand us apart from the rest. The addition of Chiropractic care, Chinese medicine, Osteopathy, Occupational therapy and Pilates allows the patient to be seen from multiple angles producing the best result!

Dr. Weiss is on a lifelong quest to blend east and west exercise methods and physical therapies. He is so dedicated to this goal that he has recently started a new telehealth company which treats patients online in china while at the same time training Chinese physical therapists. Scott is also a certified Qigong instructor and continues to teach and see patients in his NYC based facilities. Scott’s lifelong commitment to teaching affords him the opportunity to lecture for both profit and non-profit organizations on exercise, nutrition, public health, safety and first aid. Dr. Weiss is involved with charitable organizations and gives his time freely to the Cystic Fibrosis Foundation, The Boomer Esiasion Foundation, Leukemia and Lymphoma Society, NY Road Runners Club (NYC Marathon), Long Island Transplant Organization and many high-schools and colleges in New York State. For the last 7 years, Dr. Weiss has been an Associate Professor at Long Island University in the department of health, exercise and athletic training teaching 4 classes to the new wave of physical therapist and athletic trainers.

Scott’s emphasis of research and area of expertise is in physical therapy and rehabilitation of the knee, shoulder, hip and lumbar spine. As a registered exercise physiologist, his interests are in biomechanics and high-performance science. Personally, Scott is an avid rock climber and when he is not on the rock, you can find him doing gymnastics, qigong, yoga or some other type of bodywork outdoors. His deeply rooted interest in the study of human movement makes him a fan of all sports, dance and body expression.

A HOLISTIC APPROACH TO PHYSICAL REHABILITAION & SPORTS PERFORMANCE!!
“You don’t have to be and Olympian to be treated like one!”