Combination Use of Triptans and NSAIDs for Migraine 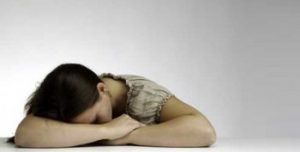 The variety of patient symptoms and lack of universally effective treatment options makes the management of migraines challenging and very patient-specific. Currently available therapies can generally be divided into migraine-specific (ergots or triptans) or nonspecific analgesics. There are a number of analgesic agents that have shown benefit in treatment of migraine, but nonsteroidal inflammatory drugs (NSAIDs) are among the most commonly used analgesics for relief of migraine pain.1

Medications such as triptans are generally effective in aborting a migraine by preventing the release of inflammatory substances from nerve endings and alteration of the pain signal transmission. NSAIDs act more specifically by inhibiting prostaglandin synthesis and affect inflammation via that mechanism.

While triptans are considered a first line therapy for management of migraine, some reports indicate that as many as 31% of patients do not respond to monotherapy with a triptan.2 It has been proposed that using both mechanisms simultaneously might increase patient response.

Another possible benefit proposed for the use of multiple agents simultaneously is a reduction in symptom recurrence. Rate of recurrence is estimated to range between 30% to 75% depending on the specific triptan selected.2-4 The reduction in this recurrence could have substantial impact on patient quality of life as well as cost of care.

A randomized, double-blind, placebo-controlled, multicenter study was performed to assess the efficacy of sumatriptan and naproxen sodium versus a combination of the two agents. Researchers randomized 972 patients but only 965 were included for efficacy results.

In order to preserve blinding a double dummy technique was used whereby all patients, no matter what treatment, received an appropriate number of placebo tablets or capsules so that all patients received two dosage forms with each treatment. Also to preserve blinding the sumatriptan tablets were encapsulated to match the placebo capsules available. Bioavailability data indicated that the encapsulation of the tablet may have delayed time to Tmax (time to peak concentration) by approximately 30 minutes.

The term “sustained pain response” was defined as having no pain greater than mild at 2 hours, taking no rescue medication for 24 hours after dosing, and having no recurrence of moderate or severe pain within the 24 hour window. Hourly assessments were performed from hours four to twenty four. A four point Likert scale was used to record headache response. Use of rescue analgesic was also assessed. Migraine-related symptoms and tolerability were also assessed. Data were analyzed via a logistic regression and chi squares.

The primary endpoint of sustained pain response was achieved in 46% of the sumatriptan/naproxen sodium group compared to 29% in the sumatriptan only, 25% of the naproxen only, and 17% of the placebo group. The combination therapy showed a statistically significant difference in response compared to all groups, p<0.001.

The side effect incidence was similar with both sumatriptan monotherapy (24%) and combination therapy (23%), but both were higher than naproxen only (17%) and placebo (15%). The most common effects were dizziness and somnolence.

The authors concluded that the combination of sumatriptan 50 mg and naproxen sodium 500 mg was more effective than monotherapy with either drug or than placebo and without an increased risk of side effects. The authors postulate that the long half life of naproxen (18 hours) coupled with the potency of sumatriptan may explain the increased response and lower recurrence rate seen with the combination therapy.

These study results show a benefit to combination therapy but there are some weaknesses in study design. Power calculations were not performed to determine adequate sample size. The authors collected pain data via a Likert scale (degrees of pain relief) but analyzed the data as dichotomous data (either pain relief or no relief).

Had the authors chosen to analyze the efficacy data as collected with a four point scale rather than collapsing it into two responses, the data may have provided a more complete picture of the nature of pain response to the multiple therapies. Also the encapsulation of the sumatriptan may have slightly biased the results by delaying the time to effect for both sumatriptan arms.

Other trials have also evaluated the benefits of using triptans in conjunction with NSAID therapies. The trials in general have shown benefits of combination therapy over monotherapy with a triptan.

A small open label trial evaluated the efficacy of sumatriptan 100 mg and 550 mg of naproxen sodium.3 Of the 268 migraine attacks treated, only 38 (14.2%) had a recurrence within 24 hours after treatment. This compared favorably to the patients’ historical data indicating that 62.5% of patients had recurrence with monotherapy.

Rizatriptan 10 mg alone or combined with rofecoxib 25 mg was compared in another open label trial.4 Fifty-six patients were evaluated in terms of relief of pain and nausea symptoms. This trial did not show a statistically significant difference between treatment groups in terms of time to pain relief or relief of symptoms.

A statistically significant difference was noted in rate of recurrence. The group receiving rizatriptan alone had recurrence in 53% of patients compared to 20% in the combination group (p<0.001). The authors reported no difference in side effects between groups.

The monotherapy group had a pain free rate of 37.9%, the rizatriptan and tolfenamic acid group had a rate of 40.6% and the combination with rofecoxib noted a rate of 62.9%. By four hours there was no difference between groups. Recurrence rate was much lower in the combination groups (15.4% for rofecoxib, 7.7% for the tolfenamic acid) than the monotherapy group (50%).

These studies seem to indicate some benefits to combination triptan and NSAID therapy. The greatest benefit seems to be in avoiding headache recurrence during the first 24 hour period. The variety of agents studied indicates that this benefit is probably a class wide effect and is not agent-specific.

Metoclopramide is often used in conjunction with other medications for migraine relief. This drug serves to alleviate the nausea and vomiting experienced by some migraineurs as well as increasing absorption of analgesic medications by increasing GI motility.

For patients experiencing migraines which are not effectively relieved by monotherapy, suggest the use of both a triptan and an NSAID at the same time [Evidence level B; lower quality RCT].1 Patients should be reminded that treatment of acute migraine should be limited to two days per week to avoid chronic or medication overuse headaches. If a patient experiences frequent migraines then prophylactic medication should be initiated (e.g., beta-blockers, divalproex [Depakote], tricyclic antidepressants, etc).