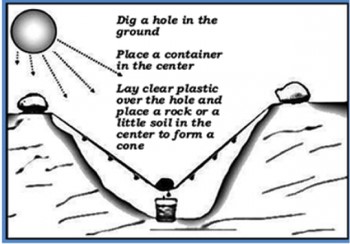 Urophagia, AUT (auto-urine therapy) or Amaroli is the term for consuming one’s urine often related to urine therapy.  It has been around since the dawn of time, a practice common in Yoga and Ayurvedic medicine which dates back to the Romans, Ancient Hindu’s and Aztec’s.  A well-known verse from the bible, Proverb 5:15, states -“Drink waters from thy own cistern, flowing water from thy own well”.

You can imagine how this had been interpreted.  Celts in the Iberian Peninsula gargled with it to whiten their teeth about fifty years before Christ.  The famous author J.D. Salinger famously sipped his own urine as did the former prime minister of India, Morarji Desai.

More recently, the Mexican boxer Juan Manuel Marquez drinks his own urine.  He said “my warriors drank it and it makes me stronger during training”.  Another athlete, mixed martial artist from Brazil, Lyoto Machida makes similar claims about ingesting his own urine.  People in severe emergency situations have also reported drinking their own urine and swear that this is the main reason they are alive today.

Dan Woolley, author of the book “Unshaken”, spent sixty-five hours trapped beneath the rubble of the Hotel Montana in Haiti after the most recent earthquake.  He, in part, attributes his survival to drinking his own urine.  In Egypt, rescue workers found a 37 year old man alive in earthquake rubble several days after.

He survived almost eight-two hours by drinking his own urine.  His wife, daughter and mother who were also trapped would not drink their urine and they unfortunately did not survive the disaster.  British Hiker Paul Beck was trapped in the Spanish moutains for six days and said he survived chiefly by consuming his own urine.

In 2005, yachtsmen Mark Smith and Steven Freeman were stranded in the South China Sea after their boat capsized.  They also believe that their survival came down to drinking urine.

Aaron Ralston makes the same claims. He was the hiker who was pinned under a boulder and forced to cut his own arm in order to escape.  Drinking your own urine seems to be a choice that many people make in either a wellness or survival situation but many physicians are not supporters of this act and many outdoor survivalists are on the fence.

Bear Grylls, the host of the TV show “Man vs. Wild”, supports drinking urine and learned this from a mate in the English Army but the star of “Survivorman”, Les Stroud, is not a supporter. The U.S. Army Survival Handbook lists urine on its “Do Not Drink” list along with seawater, compass fluid, anti-freeze and blood…  So what is urine really made up of and what can it really do for the body if ingested?

Urine is a liquid produced by the kidneys in order to remove waste products from the bloodstream. It’s aqueous solution is slightly greater than 95% water, with the remaining constituents being urea, chloride, sodium, potassium, creatinine and other dissolved ions, as well as the by-products of metabolism of hormones and enzymes.

Many medical reports state that urine from a healthy man or women is non-toxic. However, it contains compounds eliminated by the body and only after suitable processing it is possible to extract real drinking water from urine in a safe way.

Average urine production in adult humans is about 1 – 2 Liters per day.  This obviously is dependent on the state of hydration, activity level, environmental factors, weight, and the individual’s overall health. Urine should not be ingested when one is in a dehydrated state but as you have seen it may give you an extra day or so if in a survival situation.

A healthy person’s urine is about 95 percent water and sterile, so in the short term it does seem safe to drink and does replenish some lost water. The kidneys, which filter urine, pulls sodium and other minerals into the urine making it very concentrated. Drinking your urine over several days will not only make you re-consume the minerals that have already been excreted by your kidneys but this simply makes the kidneys work harder and the urine more and more concentrated.

This is dangerous.  For the first fifteen minutes after drinking any fluid, the thirst seems to be quenched but in most cases the thirst mechanism kicks in again even stronger due to greater ions. After a few days of this, your urine will become so concentrated with waste products that drinking it can cause symptoms similar to those brought on by kidney failure.

O.K., so consuming one’s own urine in a non-emergent state may have relatively low risk but can it really help athletes and sports performance?  The answer is unequivocally, NO.  After an exhaustive literature search in PubMed, Cinahl, Micromedix, Medscape and Harrison’s online there was not one study in any peer reviewed literature that documents the benefits of drinking urine for enhanced sports performance.  To all the people using it as an ergogenic aid may be horribly mislead.

Contrary to the many claims that urine has physiological and mystical benefits, urologists and nephrologists say that the by consuming your own urine although sterile can do more harm than good. Furthermore, since it appears to have no effects on sports performance the only other possible reason for urine consumption would be in a survival situation.

At that time, I would, at the very least, try to distill it with the many forms of natural or solar distillation.  Some sailors I know keep an osmosis pump on board for this exact reason.  They can filter both urine and seawater.  The NASA astronauts use a water machine as well which provides a similar gradient.  This water machine and osmosis pump uses a process known as forward osmosis.

The Forward Osmosis method uses the potential energy difference between salt water and fresh water to transport water across a semi-permeable membrane, while leaving all the contaminants behind.  Either way, I am not a proponent of drinking urine for any reason and I believe we need to much more research into this practice before applying it.  What I do know is that people have begun studying this practice at higher and higher levels.

In 1996 one of the first International Urine Therapy World Conference was created.  Seventeen years later they are going strong and have now come to the United States. Although much attention has been focused on many elements in urine and its potential for medical use, comprehensive research has not yet been conducted on urine.