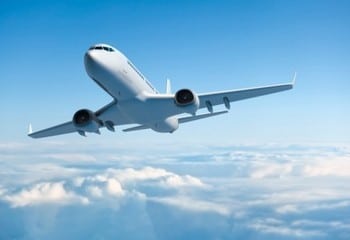 Jet lag is a sleep disorder that can be defined as a syndrome involving insomnia, irritability, headache or excessive daytime sleepiness, following travel across two or more time zones. Travel fatigue is different and is associated with travel within one time zone. This usually resolves within one to two days, but can still disrupt certain functions of the body.

Jet lag affects many travelers across the globe, from athletes to businesspeople. Crossing eight, nine, ten time zones at a time takes its toll on the human body.  This article will share some of the experiences I have had and heard from physicians, athletes, trainers, and exercise physiologists from around the world, as well as research from The American Academy of Sleep.

My interest in how jet lag effects the body started when I was traveling regularly with a host of teams whose athletes were training for the Athens Olympics in 2004, the Beijing Olympics in 2008 and, most recently, for the 2012 London games.  The experiences of our Olympic athletes this year will have far less strain on their circadian rhythms than the last few summer games, but adaptation is necessary for proper performance at any level.

The entire sleep-wake cycle is primarily influenced by the exposure to light. This has to do partly with the secretion of melatonin. Melatonin is derived from serotonin and is secreted by the pineal gland for up to ten to twelve hours in the evening, in order to help induce sleep.

It usually starts at 9 PM and stops at 7:30 AM.  Light inhibits melatonin production and has been known to stimulate arousal. During jet lag, the internal sleep-wake cycle is out of phase with the local light-dark cycle, causing drowsiness or arousal.

Direction of travel has long been known to affect the severity of jet lag symptoms and the diurnal cycle.  This translates into retarded or disrupted sleep on eastward flights more than westward flights.  The easiest way to understand this is to know that travel eastward shortens the day, and all of travel’s effects on the body require adaptation in a shorter time frame, which stresses the entire body’s physiological clock. The body has a tendency to the 24 hour time cycle and cannot adapt that quickly.  In total, the sleep-wake cycle needs two to three full days to attain homeostasis. Sub-acute studies reveal the effects of jet lag peaking at three to four days upon westward travel. Eastward travel is more severe and can peak at the five to seven day mark. The effects of eastward travel seem to persist longer in any population, not only the athletic population.

The rate of adjustment to a new time zone seems to be equal to one day for each time zone crossed.

Furthermore, people with higher levels of physical fitness adjust more quickly to changes in the sleep-wake cycle. Men and women tend to react similarly, with some exceptions.  Men tend to go to sleep earlier and experience less fatigue after traveling ten time zones in an eastward direction, albeit they have elevated systolic blood pressures.  However, non-exercising females are known to have disrupted menstrual cycles, while female athletes do not.

For some reason, older individuals may be less prone to the symptoms of jet lag because those over 60 have less regular circadian rhythms, lower core temps and melatonin rhythms.  If they do experience jet lag, they have a greater difficulty coping, especially when traveling eastward. Middle-aged people report more fragmented sleep and less alertness than did people in their late teens and early twenties.

Data suggest that arrival in the new country at midday causes fewer jet lag symptoms than morning arrivals.  In addition, jet lag symptoms are less prevalent in those who have had the same journey before.  Symptoms of jet lag are also minimized in those who had a shorter interval between their last full nocturnal sleep in the departure city and their first full nocturnal sleep in the destination city.

No consistent performance degradation is seen in traveling athletes, but the longer the athlete is engaged in an activity, the more likely the performance will be affected by sleep loss.  It is a fact that an athlete’s circadian rhythms are optimal for performance in the early evening.

Believe it or not, coordination seems to be the best at about 2:30 PM, reaction at 3:30 PM, and cardiovascular and muscular strength at 5 PM.  Most world records are broken between 5-7 PM. However, activities that require fine motor skills and accuracy, such as hand steadiness and balance, are best in the morning.  Direct measures of physical performance such as peak muscular force, anaerobic power, and vertical jump (power) seem not to be affected by circadian rhythms.

Pre-Adaptation attempts to shift or change the circadian rhythms with preflight light exposure is successful and well-researched for both eastward and westward travel. Exposure to bright light is a definite and primary cue for circadian rhythms.  With the correct exposure, you can either delay or advance the body’s clock.

Bright light in the morning after eastward and westward travel seems to be a good idea, especially when traveling over eight time zones.  Nothing seems better than slowly traveling and adapting to each time zone crossed.  Shifting your sleep schedule one to two hours towards your destination time zone in the days preceding your departure may also shorten the duration of jet lag.

What is unhelpful in combating jet lag is thinking to yourself, while in the destination city, that you should be sleeping by now and that you need a quick nap. This will slow your adaptation to the new city and lock your circadian rhythms to your home city. The best time to take and think about sleep or “power naps” is during flight.  If you would be sleeping at that time in the destination city and you are in flight, then sleep.

A power nap I consider to be a 20 minute dose of sleep.  This has been known to decrease daytime sleepiness, but should not be taken with any greater frequency than two to three on the initial arrival day.  I usually stick with one or two if I am exhausted and cannot work or perform to my standards.

Diet therapy, or ingesting a high protein breakfast in the morning, will promote arousal and wakefulness. A high carbohydrate diet in the evening promotes sleepiness and lethargy. These are the basics.

The Argone Military diet is not the most appropriate for our athletic population, but the research is promising. This diet alternates and manipulates fasting and feeding of meals.  Manipulating the timing of meals can mitigate symptoms of jet lag when crossing eight or more time zones.  The timing of the meal in a new city appears to be more important than the type of meal. With regards to fluids, limiting your ingestion of caffeine and alcohol in flight while properly hydrating can decrease severity of jet lag and travel fatigue.

Most research concludes that exercise has not been able to produce a reliable shift in circadian rhythms, but some research shows that exercising one to three hours may induce circadian phase shifts if performed at the correct time.  There is evidence that exercise stimulates arousal after travel and can aid in other variables of circadian rhythms like core temp, blood pressure and heart rate, which may ameliorate jet lag.

Hydrotherapy is one practice I encountered while at the Olympics in Beijing.  The Chinese believe that on the initial arrival day, the athlete should contrast hot and cold baths for three rounds each at a duration of ten seconds minimum each.  After that, they believe the athlete should move to a pool kept at 77 to 82 degrees Fahrenheit  for a minimum of twenty minutes.

The contrast baths are intended to stimulate and actually open and close artery and venous structures for both macro and micro circulation. The latter is intended to produce consistent hydrostatic pressures on the body. They believe the pressures help recalibrate the body’s endocrine system from the altered pressures from a flight.

Ultimately, the rule of thumb to remember is that jet lag symptoms usually persist one day for each time zone crossed until the body resets its circadian rhythm, regardless of the direction of travel. The above techniques and information provide suggestions to help combat the inevitable and to understand the processes that cause jet lag.