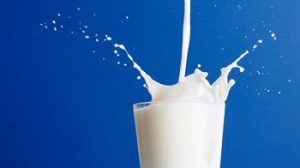 We all know it does the body good but these days there are so many types of milk to choose from. Skim milk, fat free milk, reduced fat milk, 1%, 2%, whole milk; what exactly do all these percentages really translate into? What do these labels mean? What about soy, rice or even almond milk? Do they have any major benefit and who needs what? In this article, I hope to elucidate some of the questions I have raised.

Something the public doesn’t quite know is that fat percentages of milk are based on weight, not calories. So when we see 2% or fat free on the carton it may not give us the entire picture. In essence, the percentage of milk fat refers to the percentage of fat by weight and much of milk’s weight is water.

Because of this relatively high fat content, whole milk is best used only for infants and young children up to age 2. Many people find low-fat milk more appealing and a good compromise. Skimmed milk has about half the calories of whole milk. Unfortunately, skim milk has a very “thin” flavor and an unappealing bluish hue at times not that most appetizing.

It is the ideal choice for adults, and should be the prime type of milk that should be consumed by people on a strict, low-fat diet. Other types of milk that we see on the market, usually purchased by vegetarians are soy, rice and almond milk. Each having having specific benefits for many varying populations.

The major difference between soymilk, rice milk, almond milk and “regular” milk is that soy is derived from a plant, almond milk from ground almonds and water, rice milk from pressing rice through a mill and regular milk from an animal source. Soymilk is not technically milk, but a beverage made from soybeans.

It is the liquid that remains after soybeans are soaked, finely ground, and then strained. Soy milk contains a substantial amount of protein, but they do not contain the high levels of vitamins and minerals found in other non-dairy milk products, so it’s often fortified with calcium and vitamin D to bring its nutritional quality to a level that of cow’s milk.

Since soy milk doesn’t contain any lactose (milk sugar), soymilk is suitable for lactose intolerant folks. It’s also a popular cow’s milk substitute for vegans and vegetarians since it’s completely based on a plant source. Although soymilk supplies some B vitamins, it’s not a good source of B12, nor does it provide a significant amount of calcium. Many people substitute soy beverages for cow’s milk and manufacturers offer fortified options because of this. Other fortifications may include but not limited to calcium, Vitamin E, B12, and D, among many other nutrients.

Soy also naturally contains isoflavones or bioflavonoids. These are plant chemicals that have shown to be associated with thwarting cancer as well as related to lowering LDL or the “bad” cholesterol. Concomitantly, almond milk does not contain any cholesterol and as stated above, no lactose making it also a great alternative for the heart healthy, lactose intolerant person.

Almond milk is one of the most nutritious milk substitutes available. If you have any “tree nut allergies” than this is not the milk for you but almonds are rich in vitamins and minerals and do not need to be fortified! Almonds contain Vitamin E, manganese, selenium, magnesium, potassium, zinc, iron, fiber, phosphorous and calcium.

The flavonoids in almond milk are not only known to help prevent cancer but slow the signs of pre-mature aging on a cellular level. The high levels of the antioxidant vitamin E found in almond milk make it very effective in the aiding in the reduction of circulating free radicals in the body. Definitely a superb non-dairy choice.

Regular almond milk or plain almond milk (non-sweetened) is lower than calories than Fat-Free or Skim milk. One glass of almond milk is 70 calories versus 79 calories of its skim milk comparison. Furthermore, almond milk does not need to be refrigerated.

You can keep it on the shelf with dry foods and should last a week past the expiration date without any refrigeration. Almond and Soy are derived very differently than Rice milk. Rice milk, usually made with brown rice is made by pressing the rice grains through a mill. Then, through diffusion, one can strain out the pressed grains boiling them into a liquid.

Rice milk happens to be the third most popular nondairy alternative next to soy milk and almond milk in the world. The unfortunate fact is that rice milk doesn’t contain that much nutrition at all and is must be fortified with vitamin D, calcium and several other vitamins and minerals to compete as a milk substitute.

However, rice milk is the most hypoallergenic of all milk products and people that are allergic to nuts, soy and cow’s milk prefer this option instead. A rice allergy is not that common in the United States and usually occurs more frequently in countries where the general population consumes large amounts of rice. Japan and China appear to have ten percent of their population with this type of allergy.

If you have a confirmed allergic reaction to rice milk avoid all rice products, including those made from rice flours. This is due to the cross reaction foods of the same family such as corn, barley, wheat, maize, soybean, oats, and rye which may also cause the same allergic reaction.

Nutrient wise, rice milk is not the most nutritious of all the non-dairy substitutes however, it does contain more carbohydrates than any milk. Rice milk has nearly three times the amount in cow’s milk and its low fat content makes it a very popular choice in today’s society.

Since rice milk has the least amount of fat content compared to all other alternatives it becomes paramount if you are on a diet in which lipid content must be low. There is only 1.5 grams of fat per cup of rice milk and constituted of only unsaturated fat. It does though have about 33 grams of carbs and rice milk is cholesterol free.

Those who are following a heart healthy diet may explore rice milk for this reason but diabetics beware. Rice milk has about the same calorie count as that of 2% milk. So don’t get fooled with the fat percentages. With about 120 calories per cup, rice milk is the highest in calories of all milk alternatives and most of its calories are from carbohydrates not fat.

Furthermore, Rice milk is much lower in protein as compared to other milk. One cup of rice milk has only about 1 gram of protein, yes only one gram. As you can see, rice milk is a great choice but rice milk must be fortified in many ways if it were to truly take place for cow’s milk.

Do not get confused with all the labels out there. It is obvious that if you are educated and well informed the proper decisions and choices are made. For more information on the health and wellness field contact Dr. Scott A. Weiss at www.fifthavenue.com or scott@Fifth Avenue.com

8 Ounce Glass of Whole Milk has