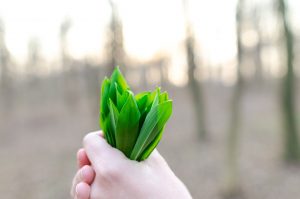 The Arthritis Foundation estimates that approximately 50 million Americans currently have arthritis. In fact, their statistics show that arthritis affects 1 out of 2 people age 50 and older. Although more than 100 different forms of arthritis have been identified, two types are most prevalent and of greatest concern: osteoarthritis and rheumatoid arthritis.

Osteoarthritis, tends to damage larger weight-bearing joints (i.e. hips, knees, shoulders), and is far more prevalent than rheumatoid arthritis, which attacks and inflames the smaller joints, (i.e. fingers, wrists and toes). Under the age of 45, osteoarthritis is more common in men; after age 45, it is 10 times more common in women. The National Rheumatism Foundation estimates that 8 to 10 million Americans have rheumatoid arthritis, the majority being women aged 36-50.

Traditional allopathic medicine treats arthritis with Non-Steroidal Anti-Inflammatory Drugs (NSAIDs) despite the fact that they only mask the symptoms of the disease. NSAIDs can cause many serious side effects with long term use.

In 1994, The New England Journal of Medicine published a study reporting that people taking NSAIDs over several years had an 800% increase in renal (kidney) failure and that these drugs directly led to about 75,000 hospitalizations and 7,500 deaths each year. Recently the FDA pulled the arthritis drug Vioxx off the market because of the increased risk of heart attacks and strokes. Vioxx was the largest recall ever in the pharmaceutical industry!

Because of the dangerous drugs that are being prescribed for arthritis, it is important to become educated about the natural remedies available. Consider trying natural remedies first and reserving the pharmaceutical drugs as the last resort.

Glucosamine SulfateSulfate is officially classified as a remedy for osteoarthritis and is considered a superior long term strategy by the World Health Organization. Glucosamine, formed from glucose, is present in high concentrations in healthy joints. Through the aging process glucosamine levels can decrease, causing a thinning of the cartilage, which contributes to the onset of osteoarthritis.

Glucosamine sulfate is the preferred source of glucosamine used for the treatment of arthritis pain. Glusosamine sulfate has been the subject of many double blind studies all concluding that it not only relieves pain, but also promotes re-building of the cartilage. Also, it is virtually free of side effects. The typical initial dose is 1500 mg of glucosamine and 1200 of chondroitin daily for 1- 2 months.

If a response is obtained, the dose can be reduced to 1000 mg of glucosamine and 800 of chondroitin or less. Chondroitin , also known as chondroitin sulfate, is a naturally occurring compound found in cartilage. When chondroitin is present in the body along with Glucosamie, it promotes healthy joints by warding off the effects of damaging enzymes, increasing water retention, and enhancing the elastic properties of cartilage.

Pregnenolone is a human hormone derived from cholesterol that helps reduce inflammation. The FDA considers pregnenolone a food additive and is sold as an over the counter nutrient as described by the Dietary Supplement Law of 1994. Originally it was researched in the 1940%u2032s for the treatment of rheumatoid arthritis. Those studies showed that patients experienced between a 70% and 75% reduction in pain, with no side effects reported.

Then, the pharmaceutical industry studied pregnenolone in the 1950%u2032s for rheumatoid arthritis with very good results. However, because pregnenolone is a natural product, and couldn’t be patented, they worried about the financial viability of recouping their research and development costs. At that moment, Cortisone, a synthetic drug, was invented and was able to be patented.

The study of pregnenolone stopped. Cortisone showed good short term results for relieving pain, but after a few years, its harmful side effects, including immune suppression and osteoporosis emerged. At this point, it was too late to stop the pharmaceutical industry’s promotion of Cortisone. A few years later, an equally dangerous drug – Prednisone was invented.

Ginger is an anti-inflammatory herb. It has the ability to inhibit the production of inflammatory compounds in the body, particularity those seen in Rheumatoid Arthritis (RA) sufferers. The benefits of ginger have been scientifically tested in clinical studies.

Despite the differences in the form and dosage of the ginger, all the patients reported a noticeable improvement in their pain, joint mobility, stiffness and joint swelling. In a follow up study, 56 patients with osteoarthritis or rheumatoid arthritis and 10 patients with muscle pain were evaluated. After 3 months of taking powdered Ginger 75% of the arthritis patients and 100% of the muscle pain patients experienced pain relief. The usual dosage is 500mg, one to three times daily, standardized to a five-percent gingerol content

EMU Oil has been used by Australian Aborigines for the treatment of muscle and joint pain for generations. Emu oil, containing many essential fatty acids, has been found to be the greatest skin emollient in the world. It penetrates the skin deeper than any other natural oil. Emu Oil is found to reduce the pain and swelling best in joints that are close to the skin’s surface, like the hands, feet, knees elbows and back. Rheumatoid Arthritis sufferers receive the most benefit by massaging Emu Oil into painful joints 2-3 times per day.

M.S.M.- Methylsulfonylmethane, biological sulfur, is the 4th most abundant mineral in the human body. It is important for keeping connective tissues strong and healthy. Many doctors today believe that most people don’t consume enough dietary sulfur to keep them healthy. Sulfur rich foods are red peppers, asparagus, cabbage, broccoli, Brussels sprouts, and fish.

Dr. Stanley Gerlinger, professor at the department of surgery at Oregon Health Sciences Center states, “MSM is a fascinating life-enhancing agent. I’ve studied a number of individuals who have taken MSM that have degenerate or rheumatoid arthritis, disc problems in their back, acute injuries, tendonitis, bursitis and the like, and it is certainly an important adjunct that gave long-lasting relief.” Even muscle pain associated with multiple sclerosis and muscle cramps have responded well to MSM.

Bromelain is present in all parts of the pineapple plant (Ananas comosus) but the stem is the most common commercial source, presumably because it is readily available after the fruit has been harvested. Pineapples have had a long tradition as a medicinal plant among the natives of South and Central America.

However, just eating pineapple will not give you a great deal of extra bromelain, because it is mostly concentrated in the stem, which is not nearly as tasty (albeit still edible). Bromelain contains anti-inflammatory enzymes that have the proven ability to suppress the inflammation and pain of rheumatoid arthritis and osteoarthritis, sports injuries, and other joint inflammatory conditions.

Bromelain has been shown to inhibit the cyclooxygenase enzyme, inhibiting the synthesis of PG-2. Bromelain also helps to break down fibrin (fibrinolytic), thereby minimizing local swelling. The usual dosage is 400mg, one to three times per day (a lower dosage can be used as part of a combination anti-inflammatory formulation). Bromelain may inhibit platelet clotting and is a known for its fibrinolytic properties. Therefore, it may potentiate the effects of anticoagulant drugs such as warfarin and coumadin, and should not be recommended in these cases.

Quercetin is a bioflavonoid compound that blocks the release of histamine and other anti-inflammatory enzymes at supplemented doses (minimum 100-1500mg per day). Although human studies with arthritic patients are lacking at this time, anecdotal evidence is strong for this application, as is experimental research investigation. There are no well-known side effects or drug-nutrient interactions for quercetin.

Devil’s Claw contains the anti-inflammatory agent harpogoside. Devil’s claw has demonstrated efficacy in the management of low back pain and is used traditionally as an anti-inflammatory by numerous southern African tribes. The usual dosage is 100-400mg, one to three times per day (a lower dosage can be used if part of a combination anti-inflammatory formula).

The only consistently reported side-effect is mild digestive upset on rare occasions. It is contraindicated in patients with active gastric ulcers (may increase gastric acid secretion) and in patients taking warfarin or coumadin (due to its anticoagulant effects).

Curcumin is the active anti-inflammatory agent found in the spice turmeric. A large double-blind study demonstrated that curcumin was as effective as a powerful anti-inflammatory drug (phenylbutazone) in reducing pain, swelling and stiffness in rheumatoid arthritis patients. It has also been shown to be effective in the treatment of postsurgical inflammation.

Other studies indicate that curcumin can lower histamine levels and is a potent antioxidant. These factors may also contribute to its anti-inflammatory capabilities. As a singular agent, the daily dosage to consider is 400-600mg, taken one to three times per day.