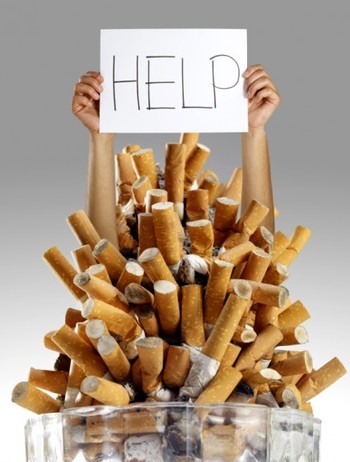 I think by now we all know how bad cigarette smoke is for the US.  Many public health initiatives make it clear exactly how cigarette smoke affects so many systems of the body.  Smoking is a worldwide epidemic, and it is one of the main preventable causes of death and disability.

In the United States alone, smoking results in approximately 443,000 deaths each year, which amounts to a financial loss that exceeds $100 billion in United States healthcare and indirect costs such as lost wages and losses in productivity.

Furthermore, an additional 8,600,000 people across the country have chronic illness due to smoking.  Cigarette smoke significantly increases the risk of heart disease, lung cancer and microbial infections such as respiratory infection and meningitis.  This article will revisit some of the systemic issues smokers deal with and exactly what cigarette smoke does to the body on a host of levels.

Unbelievably, there are 4500 chemicals in the average cigarette, 600 of them which are approved by the US government and the other 3900, well go figure. Smoking’s effects on the cardiopulmonary system are well established but many forget about smoking’s effects on the musculoskeletal system, integumentary system, immune system, the neurological system, and the general physiologic effect of nicotine and tobacco.

The initial physiologic effects of smoking can be related to the pro-inflammatory effects of the cigarette smoke.  Cigarette smoke simply causes inflammation all over the body.  This can be evidenced by increased levels of certain cytokines, tumor necrosis factors and C-reactive proteins, all of which are processes of oxidative stress or tissue injury directly related to cigarette smoke.

These factors and proteins can be found in almost every cell and tissue of a cigarette smoker.  Smoking and cigarette smoke also cause certain genetic mutations in normal proteins that can manifest in the creation of tumors.

Concomitantly, cigarette smoke has a two hundred times higher affinity for oxygen.  That means instead of oxygen binding to hemoglobin in the normal scenario, the constituents of smoke fight for the binding sites and unfortunately wins,  stripping the vital oxygen we need for almost every metabolic process in the body.

The proliferation of red blood cells is reduced, which translates to an increased level of carbon monoxide in the blood stream interfering with vital blood chemistry.  Inevitability, the oxygen uptake capacity of the power house cells called mitochondria are retarded, leaving these cells literally thirsting for more oxygen.  This then interferes with the metabolism of fats.

The only way to fully break down fat molecules is with the presence of oxygen.  Not only is the metabolism of fats impaired, but improper carbohydrate metabolism is also seen in smokers.   Smokers need about 15-30% more insulin to do the same job than their non-smoking counterparts.   This increased need of insulin is a strain on the beta cells of the pancreas, leading to early type 2 Diabetes Mellitus.

Antioxidants are also diminished in the body of a smoker.  Antioxidants are substances or nutrients in our foods which can prevent or slow the oxidative damage to our body. When our body cells use oxygen, they naturally produce free radicals (by-products) which can cause damage.

Antioxidants act as “free radical scavengers,” and hence prevent and repair damage done by these free radicals.  Health problems such as heart disease, macular degeneration, diabetes, cancer are all contributed by oxidative damage. Antioxidants may also enhance immune defense and therefore lower the risk of cancer and infection.

Examples of anti-oxidants are Folate, Vitamin A, E and C as well as Beta Carotene, Selenium and even melatonin which can interfere with proper sleep patterns.  Melatonin is not only an important antioxidant but functions as an anti-carcinogenic.

Many do not think about how smoke affects the connective tissue or the integumentary system.  The body’s skin is sensitive to many environmental stressors, and smoking has been shown to reduce cutaneous or skin blood flow by as much as 40%.

This is directly due to the effects of nicotine on cholinergic fibers, which supply the vascular beds.  Cholinergic fibers are known to be the ultimate controller of blood flow to the skin and periphery. This can become a huge problem if you have an open wound on the skin.

Tobacco reduces the ability of fibroblasts to aid in would healing, interfering and literally prolonging the healing of any wound.  As stated earlier, nicotine decreases levels of Vitamin C which is directly needed for scar tissue and healing of several tissues throughout the body.

Concurrently, nicotine releases chemicals called proteases that have been known to accelerate tissue destruction and further inhibit tissue repair.  Overall, smokers have slower than normal fibrin & collagen production in the proliferative phase of healing, weaker scar tissue formation per cross sectional area and a much higher incidence of re-injury.

Smokers deal with so many of the negative by products of cigarette smoke, but I believe, when your body starts being able to protect to you, you have stepped into a new realm.  When the immune system is weak and you cannot defend yourself to normal stressors, the human body truly starts to degrade and the sequale is not positive.

Nicotine decreases the proliferation, viability and function of lymphocytes which can increase the chance of infection.  Since the 1960’s, studies have been clear dictating exactly how cigarette smoke affects the immune system.

Clearly, a cascade of effects takes place that rears its head in many ways.  The reduced ability to kill bacteria on the respiratory level can lead to staph aureus pseudomonas and listeria.  The lungs of smokers are functionally impaired, and secrete altered levels pro inflammatory cytokines.  These cytokines are needed for early response to pathogens and to help defend against local pathogens.

The smoker’s altered production of these chemicals interferes with the normal metabolic process, delaying defense against any pathogen.  The cells of a smoker have a decreased amount of immunity factors.   T-Cells and their subsidiary, the NK cells, are decreased in smokers, and even the effect of second hand smoke on non-smokers show less macrophages early in life.

Macrophages are known to eat cellular debris of pathogens in the body as well as initiate specific defense mechanisms.  They also stimulate a cascade of effects called phagocytosis with lymphocytes, all related to protection.

Smoking has also contributed to musculoskeletal problems in various ways.  Smoking has been found to damage muscle proteins. This is directly related to the enhanced oxidative stress and mitochondrial impairment.  Smoking has been known to lead to increased muscle weakness, increased fatigue as well as reduction in overall balance.

It is speculated that some of this is due to atherosclerotic damage in the lower extremities and possibly the inner ear.  Furthermore, smoking’s effects on circulation and metabolism leads to a loss of bone mineral content and bone mineral density.  This can lead to osteopenia, osteoporosis and even increase the propensity for fractures.

Smoking depletes another valuable hormone known as estrogen.  Estrogen is vitally important in bone formation and maintenance, along with calcium and vitamin D.  It can also affect the healing of bones and promote improper or delayed union of bone and interferes with the absorption of both.

Smokers usually have a higher cortisol level than their non-smoking counterparts.  Elevated cortisol interferes with the laying down of new bone and is known as the stress hormone. In essence, smoking not only weakens bone and prevents the growth of new bone, but also augments stress levels.

The effects on the neuromuscular system can rather daunting as well.  Nicotine easily crosses the blood brain barrier and has a detrimental effect on circulation to the brain.  Smokers actually have a 1.8 greater chance of silent strokes.  The other chemicals in the cigarettes besides nicotine can also have a negative effect on the brain.  In fact, some research shows throughout a lifetime the accumulation of heavy metals like lead has been shown to have lower levels of language processing, hand-eye coordination, coordination, executive function, verbal and visual memory, and learning.

Another chemical in a cigarette that has been known to be a causative factor in brain rumors is vinyl chloride.  Heavy smoking also was associated with dementia, Alzheimer’s disease and 150% higher risk of ALS or Lou Gehrig’s disease, but other studies support minor nicotine use in the prevention of certain dementias and neurologic based disorders.

Smoking has also been related to decreased myelin around the nerves, which translates into slower conduction of nerves.  In terms of other neuropathic disease, smoker has 2x a greater chance of acquiring Multiple Sclerosis.  Autoimmune diseases such as rheumatoid arthritis and lupus coincide with prolonged smoking.

No matter how ya slice it, smoking is bad for your health.  Smoking harms nearly every organ of the body.  Cigarette smoking causes 87% the of lung cancer deaths in our country and is also responsible for many other cancers and health problems we know of.

These include lung disease, heart and blood vessel disease, stroke and cataracts. Women who smoke have a greater chance of certain pregnancy problems or having a baby die from sudden infant death syndrome (SIDS). Your smoke is also bad for other people – they breathe in your smoke secondhand and can get many of the same problems as smokers do.  If you are reading this, and you are a health practitioner, then keep promoting a smoke free life. If you happen to smoke, you’d better quit.  It’s better to stop smoking than even start a new exercise program!