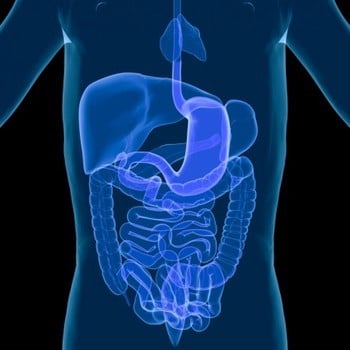 Why do we get butterflies in our stomach before a performance?

Why does indigestion produce nightmares?

Why are antidepressants now also being used for gastrointestinal ailments?

Why do we say “I have a gut feeling?”

It turns out that both our gut and our brain originate early in embryogenesis from the same clump of tissue which divides during fetal development. While one section turns into the central nervous system, another piece migrates to become the enteric nervous system.

Later the two nervous systems connect via a cable called the Vagus nerve — the longest of all the cranial nerves whose name is derived from Latin, meaning “wandering.”  The Vagus nerve meanders from the brain stem through the neck and finally ends up in the abdomen. There’s the brain-gut connection.

Have you ever wondered why an impending job interview can cause an attack of intestinal cramps? And why do anti-depressants targeted for the brain cause nausea or abdominal upset in millions of people who take such drugs? The reason for these common experiences is because each of us literally has two brains –the familiar one encased in our skulls and a lesser-known but vitally important one found in the human gut.

Like Siamese twins, the two brains are interconnected; when one gets upset, the other does, too. No wonder people trust their gut. One half of all our nerve cells are located within the gut.

The state of the gut has a profound influence upon our health. It is from the healthy gut that we enjoy neurological and psychological as well as immunological health. This is not to discount the human brain. This is simply to say that the body has two brains — the second brain being our gut. There is an excellent article on this brain-gut connection called Complex and Hidden Brain in Gut Makes Bellyaches and Butterflies written by Sandra Blakeslee, originally published in the January 23, 1996 issue of The New York Times.

How it all works

The gut’s brain, known as the enteric nervous system (ENS), is located in sheaths of tissue lining the esophagus, stomach, small intestine and colon. Considered a single entity, it is packed with neurons, neurotransmitters and proteins that zap messages between neurons or support cells like those found in the brain. It contains a complex circuitry that enables it to act independently, learn, remember and, as the saying goes, produce gut feelings.

“The brain is not the only place in the body that’s full of neurotransmitters,” says Dr. Gershon. “A hundred million neurotransmitters line the length of the gut, approximately the same number that is found in the brain…” If we add the nerve cells of the esophagus, stomach and large intestine, there are more nerve cells in the gut than there are in the entire remainder of the peripheral nervous system. Nearly every chemical that controls the brain in the head has been identified in the gut, including hormones and neurotransmitters.

This complex circuitry provides the brain in the gut with the means to act independently. Proof of this can be seen in stroke victims whose brain stem cells, which control swallowing, have been destroyed. If this occurs, a surgeon has to create an opening in the abdominal wall, so that feeding can be accomplished by manually inserting foods directly into the stomach.

Once the food is in the stomach, digestion and absorption can take place, even in individuals who are brain dead. The central nervous system is needed for swallowing and for defecation, but from the time the food is swallowed to the moment its remains are expelled from the anus, the gut is in charge.

As light is shed on the circuitry between the two brains, researchers are beginning to understand why people act and feel the way they do. The brain and gut are so much alike that during our sleeping hours, both have natural 90-minute cycles. For the brain, this slow wave sleep is interrupted by periods of rapid eye movement sleep in which dreams occur.

For the gut, the 90-minute cycles also involve slow waves of muscle contractions but, as with REM intervals, these are punctuated by short bursts of rapid muscle movement. Could it be that both brains influence each other? The answer is probably yes. REM sleep is a sleep phase characterized by arousal, altered activity of the autonomic nervous system and altered colon (large intestine) function.

We also know that patients with bowel problems tend to have abnormal REM sleep. Poor sleep has been reported by many perhaps a majority of, patients with irritable bowel syndrome (lBS) and non-ulcerative dyspepsia (also known as “sour stomach”) who complain of awakening tired and refreshed in the morning. Even after patients awake from what they describe as a “sound sleep,” they report a general feeling of tiredness and fatigue.

Abnormal REM sleep is reduced by low-dose treatment with the anti-depressant amitriptyline, which has also been shown to be effective in treating lBS and non-ulcerative dyspepsia. Many drugs designed to affect the brain also affect the gut. For example, the gut is loaded with the neurotransmitter serotonin. In fact, more serotonin is produced there than anywhere else in the body. Serotonin is linked with initiation of peristalsis.

About 25% of people taking fluoxetine (Prozac) and other types of similar-acting antidepressants experience gastrointestinal problems such as nausea, diarrhea and constipation. The problem with these drugs is that they prevent uptake of serotonin by cells that should be using it.

While this enables the depressed person to have more serotonin in the brain, less is available for use by the cells of the gastrointestinal tract. “Serotonin is calming to the digestive tract, initiates peristaltic and secretory reflexes,” notes nutritionist June Butlin, M.Sc., Ph.D. “Long-term use or the wrong dosage may cause fluctuations between nausea, vomiting, constipation and diarrhea, and can cause depression, anxiety, insomnia, and fluctuations in appetite.”

When the researchers put a small amount of Prozac into the colon, the pellet “went into high gear,” Dr. Gerhson explained to the paper. “The drug doubled the speed at which the pellet passed through the colon, which would explain why some people get diarrhea,” the paper says. No wonder, in small doses, Prozac is used to treat chronic constipation.

Although a little is beneficial for constipation, a lot is not. When the Gershon team greatly increased the amount of Prozac in the guinea pig colon, the pellet stopped moving at all. Hence, a little cures constipation; a lot causes it. Prozac stimulates sensory nerves, thus can also cause nausea.

The gut has opiate receptors much like the brain. “Not surprisingly, drugs like morphine and heroin that are thought to act on the central nervous system also attach to the gut’s opiate receptors, producing constipation,” notes pain management specialist Michael Loes, M.D., M.D.(H.), author of The Healing Response (Freedom Press 2002) “Both brains,” he says, “can be addicted to opiates.”

Many Alzheimer’s and Parkinson’s disease patients are constipated. A sickness we think of as primarily affecting the brain or central nervous system also impacts the gut.

While we are not sure whether the gut synthesizes benzodiazepine from chemicals in our foods, bacterial actions, or both, we know that in times of extreme pain, the gut goes into overdrive, delivering benzodiazepine to the brain. The result is to render the patient unconscious or at least reduce the pain, says Dr. Anthony Basile, a neurochemist in the Neuroscience Laboratory at the National Institutes of Health in Bethesda, Maryland.

A Bit of Background

Throughout the world’s healing and mystical traditions, the belly is seen as an important center of energy and consciousness. You’ve probably noticed that many of India’s great spiritual adepts sport prodigious bellies. These tremendous tummies are thought to be full of prana. Hence, Indian artists often depict their deities with a paunch.

In China, the gentle art of tai chi emphasizes the lower abdomen as a reservoir for energy. Tai chi teacher Kenneth Cohen, author of The Way of Qigong (Ballantine Books 1997), explains that it’s possible to strengthen the abdominals by learning how to compact qi (prana) into the belly.  “From the Chinese viewpoint,” he says, “the belly is considered the dan tian or ‘field of the elixir,’ where you plant the seeds of long life and wisdom.”

Lastly, in Biblical times, the seat of emotion, which we call the heart, is actually referring to the bowels. That thought in itself conjures up an image of a young Romeo sending a love note to his Juliet saying, “You move me.”

In all seriousness, most people today completely ignore gut health. As a result, they are experiencing health problems that could be overcome if they knew that they centered in their gut. So I guess the thing to remember is, as Dr. Gershon puts it, “Take care of your gut and your gut will take care of you.”